The Michigan Wolverines football program represents the University of Michigan in college football at the NCAA Division I Football Bowl Subdivision (formerly Division I-A) level. Michigan has the most all-time wins in college football history. The team is known for its distinctive winged helmet, its fight song, its record-breaking attendance figures at Michigan Stadium, and its many rivalries, particularly its annual, regular-season-ending game against Ohio State, once voted as ESPN’s best sports rivalry.

Michigan began competing in intercollegiate football in 1879. The Wolverines joined the Big Ten Conference at its inception in 1896, and other than a hiatus from 1907 to 1916, have been members since. Michigan has won or shared 42 league titles, and, since the inception of the AP Poll in 1936, has finished in the top 10 a total of 38 times. The Wolverines claim 11 national championships, most recently that of the 1997 squad voted atop the final AP Poll.

From 1900 to 1989, Michigan was led by a series of nine head coaches, each of whom has been inducted into the College Football Hall of Fame either as a player or as a coach. Fielding H. Yost became Michigan’s head coach in 1901 and guided his “Point-a-Minute” squads to a streak of 56 games without a defeat, spanning from his arrival until the season finale in 1905, including a victory in the 1902 Rose Bowl, the first college football bowl game ever played. Fritz Crisler brought his winged helmet from Princeton University in 1938 and led the 1947 Wolverines to a national title and Michigan’s second Rose Bowl win. Bo Schembechler coached the team for 21 seasons (1969–1989) in which he won 13 Big Ten titles and 194 games, a program record. The first decade of his tenure was underscored by a fierce competition with his former mentor, Woody Hayes, whose Ohio State Buckeyes squared off against Schembechler’s Wolverines in a stretch of the Michigan–Ohio State rivalry dubbed the “Ten-Year War”.

Following Schembechler’s retirement, the program was coached by two of his former assistants, Gary Moeller and then Lloyd Carr, who maintained the program’s overall success over the next 18 years. However, the program’s fortunes declined under the next two coaches, Rich Rodriguez and Brady Hoke, who were both fired after relatively short tenures. Following Hoke’s dismissal, Michigan hired Jim Harbaugh on December 30, 2014. Harbaugh is a former quarterback of the team, having played for Michigan between 1982 and 1986 under Schembechler.

The Michigan Wolverines have featured 82 players that have garnered consensus selection to the College Football All-America Team. Three Wolverines have won the Heisman Trophy: Tom Harmon in 1940, Desmond Howard in 1991, and Charles Woodson in 1997. Gerald Ford, who later became the 38th President of the United States, started at center and was voted most valuable player by his teammates on the 1934 team. 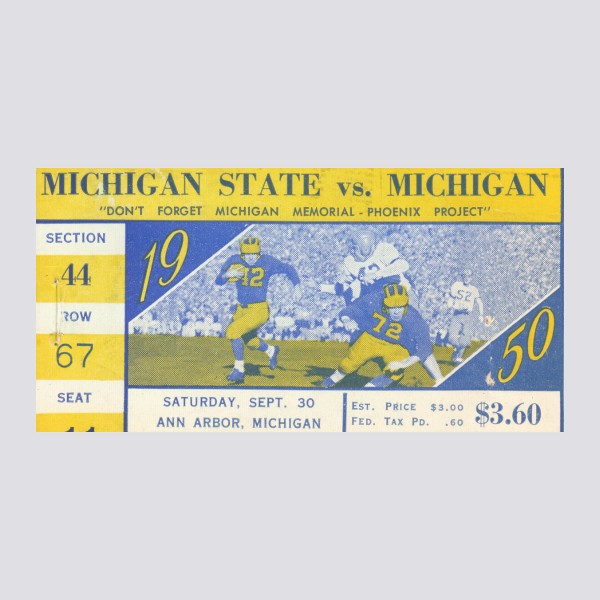 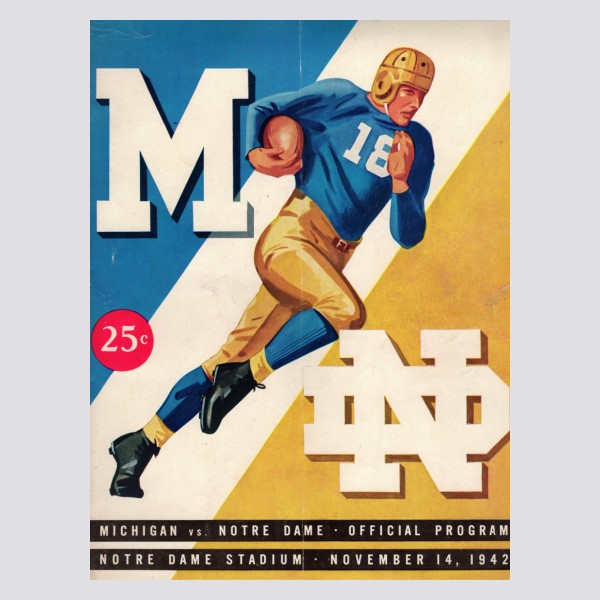