The Ole Miss Rebels football program represents the University of Mississippi, also known as “Ole Miss”. The Rebels compete in the Football Bowl Subdivision (FBS) of the National Collegiate Athletic Association (NCAA) and the Western Division of the Southeastern Conference (SEC). The football history of Ole Miss includes the formation of the first football team in the state and the 26th team on the list of college football’s all-time winning programs. The Rebels posted their 600th win on September 27, 2008 when they defeated the Florida Gators 31–30.

Throughout the 115-year history of Ole Miss football, the Rebels have won six Southeastern Conference titles (1947, 1954, 1955, 1960, 1962, and 1963) and claim three national titles (1959, 1960, 1962). The team is currently coached by Matt Luke, who was interim head coach in 2017 and led the Rebels to a 6-6 record, including an Egg Bowl win over Mississippi State. In 2017, the Rebels announced a one-year self-imposed bowl-ban after it was revealed the program violated NCAA recruitment rules under former coach Hugh Freeze. The NCAA later extended the postseason ban for an additional year and placed the program on probation until 2020. 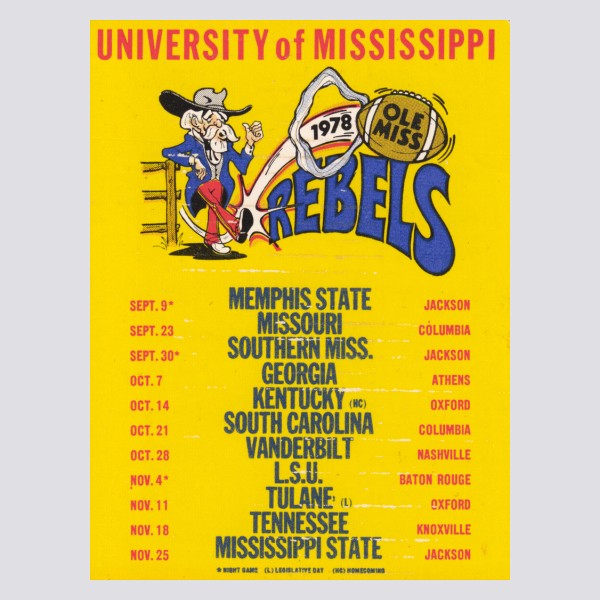 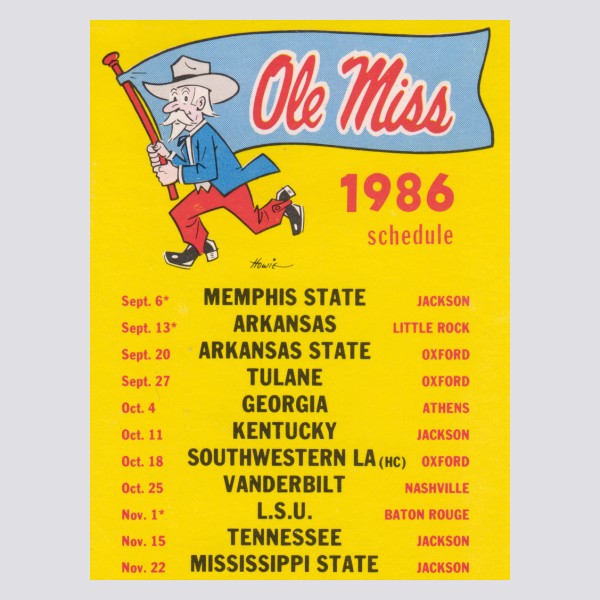