The Minnesota–Wisconsin football rivalry is an American college football rivalry between the Minnesota Golden Gophers and Wisconsin Badgers. It is the most-played rivalry in the NCAA Division I Football Bowl Subdivision, with 128 meetings between the two teams. The winner of the game receives Paul Bunyan’s Axe, a tradition that started in 1948 after the first trophy, the Slab of Bacon, disappeared after the 1943 game when the Badgers were meant to turn it over to the Golden Gophers. Minnesota and Wisconsin first played in 1890 and have met every year since, except for 1906. The series is tied 60–60–8 through 2018. Wisconsin took the series lead for the first time after shutting out Minnesota 31–0 in the 2017 game; Minnesota had led the overall series since 1902, at times by as many as 20 games. Minnesota won the last meeting, snapping a 14-game winning streak by Wisconsin.

The rivalry’s first trophy was the “Slab of Bacon”, in use from 1930 to 1943. Created by R. B. Fouch of Minneapolis, it is a piece of black walnut wood with a football at the center bearing a letter that becomes “M” or “W” depending on which way the trophy is hung. The word “BACON” is carved at both ends, implying that the winner has “brought home the bacon.” The trophy’s tenure ended when Minnesota’s 1943 victory in Minnesota led to the fans rushing the field. Wisconsin student Peg Watrous was to bring the trophy to a Minnesota representative after the game, but could not find her in the commotion, and subsequently lost track of the “bacon”. Reportedly, the trophy was sent to Minnesota’s locker room, but coach George Hauser refused it, suggesting such traditions be held off until after World War II. It was subsequently lost; a new trophy, “Paul Bunyan’s Axe”, was introduced in 1948.

The trophy was lost for over 50 years. In 1992, Wisconsin coach Barry Alvarez joked that “we took home the bacon, and kept it.” In 1994, Wisconsin intern Will Roleson found it in an old storage closet at Camp Randall Stadium. It had evidently been maintained for some time, as game scores through 1970 were painted on the back. It is now displayed at the Camp Randall Stadium football offices.

The Paul Bunyan Axe was created by the Wisconsin letter winners’ organization (the National W Club) and would be instituted as the trophy in the series in 1948. The scores of each game are recorded on the axe’s handle, which is 6 feet long. A new axe was created in 2000. The original axe was donated to the College Football Hall of Fame in 2003.

Until 2014, when the game ended, if the team holding the trophy won, they would run to their own sideline, take the axe and carry it around the field and “chop down” one or both goal posts. If the team not holding the axe won, they were allowed to run to their opponents’ sideline and “steal” the axe. The tradition was changed in 2014, with the Axe now kept off the field until the game is over. This change was in response to a near skirmish in 2013 in which the Minnesota players surrounded their goal post and would not permit the Wisconsin players to ceremonially chop it down. The usual tradition was restored in 2015, with Wisconsin winning again 31–21.

Vintage Designs For The Battle For Paul Bunyan’s Axe 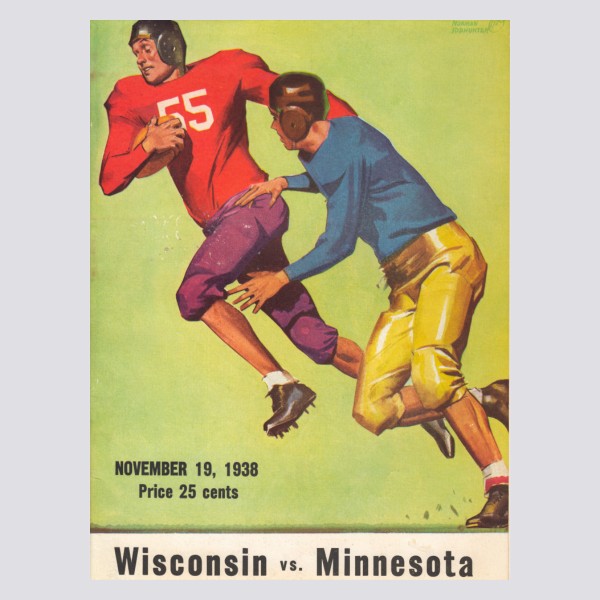 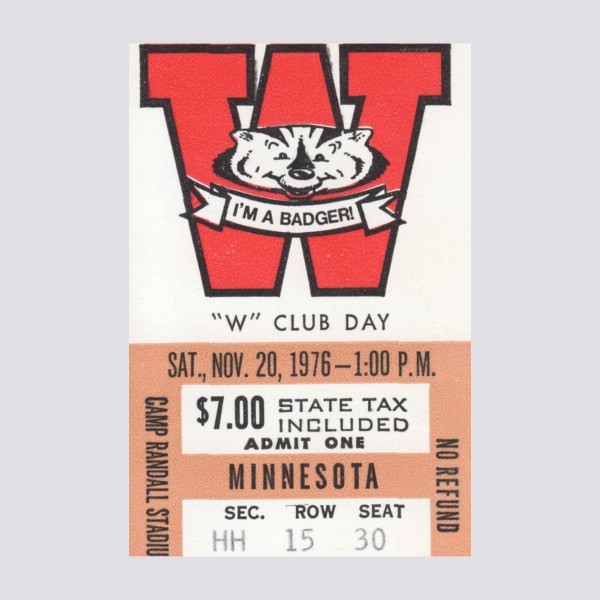