The Clean, Old-Fashioned Hate is an American college football rivalry between the University of Georgia Bulldogs and the Georgia Tech Yellow Jackets. The two Southern universities are located in the U.S. state of Georgia and are separated by 70 miles (110 km). They have been heated rivals since 1893.

The sports rivalry between the two institutions has traditionally focused on football, a sport in which both programs have historically been successful, with an annual game often held on Thanksgiving weekend. However, they compete in a variety of other intercollegiate sports, as well as competing for government and private funding, potential students, and academic recognition regionally and nationally.

The University of Georgia (commonly referred to as UGA, or Georgia) is located in the college town Athens, and is a liberal arts research university. The Georgia Institute of Technology (commonly referred to as Georgia Tech, Tech, or GT) is a science, technology, engineering, and mathematics research university with a metropolitan campus in downtown Atlanta. Georgia competes athletically in the Southeastern Conference while Georgia Tech competes in the Atlantic Coast Conference since 1979 after leaving the SEC in 1964.

The two teams have won six national titles in football. Georgia Tech claims four national championships from 1917, 1928, 1952, and 1990. Georgia claims two titles, from 1942 and 1980. Georgia also has won a title in baseball in 1990. Both schools have also seen prominence in men’s basketball, with Georgia Tech reaching the Final Fours of 1990 and 2004 (when it reached the National Championship game). Georgia made the Final Four in its first NCAA Tournament appearance in 1983. 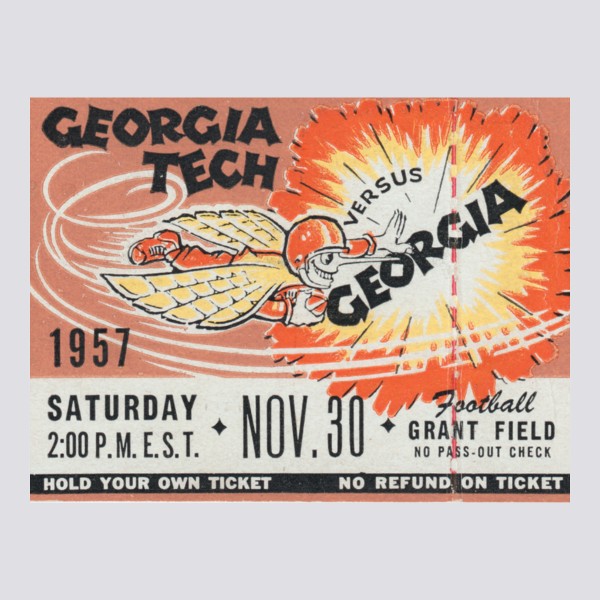 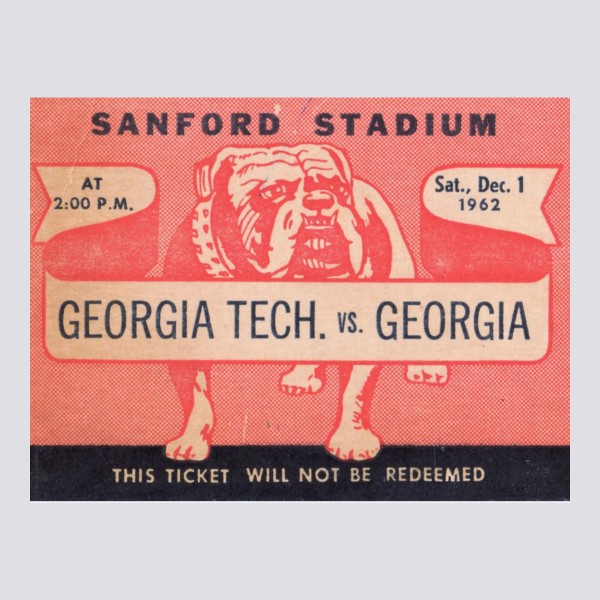