The Auburn–Georgia football rivalry is a college football rivalry game between the Auburn Tigers and Georgia Bulldogs. The two teams first played each other in 1892, and the rivalry has been renewed annually since 1919 for a total of 122 games as of 2017. Because it is the oldest rivalry still contested between teams in the Deep South, the series is referred to by both schools as the “Deep South’s Oldest Rivalry”.

The first college football game between Auburn University and the University of Georgia was played on February 20, 1892 in Piedmont Park in Atlanta, Georgia. The game was the brainchild of Charles Herty of Georgia – the University’s first football coach and George Petrie, Auburn’s Trainer. The two had met as graduate school classmates at The Johns Hopkins University. The game was also, according to legend, when Auburn’s team cheer, “War Eagle”, originated. Auburn won the game 10–0.

The Tigers and Bulldogs have played each other nearly every year since. There have only been three exceptions since 1898, when World War I and World War II interrupted the series. Through the 2017 season, the rivalry is tied for the second most played college football series at 122 games, and is led by Georgia 59–56–8. When the Southeastern Conference split into its Eastern Division and Western Division in 1992, with Auburn placed in the west and Georgia in the east, the game was designated as the teams’ annual cross-divisional rivalry game, leaving open the possibility for the two teams to meet in the SEC Championship Game. This happened for the first time in 2017, when Georgia beat Auburn 28–7 to claim their 13th SEC championship. This championship game matchup tied the rivalry with the South’s Oldest Rivalry between Virginia and North Carolina for the 2nd most played rivalry game in FBS football. 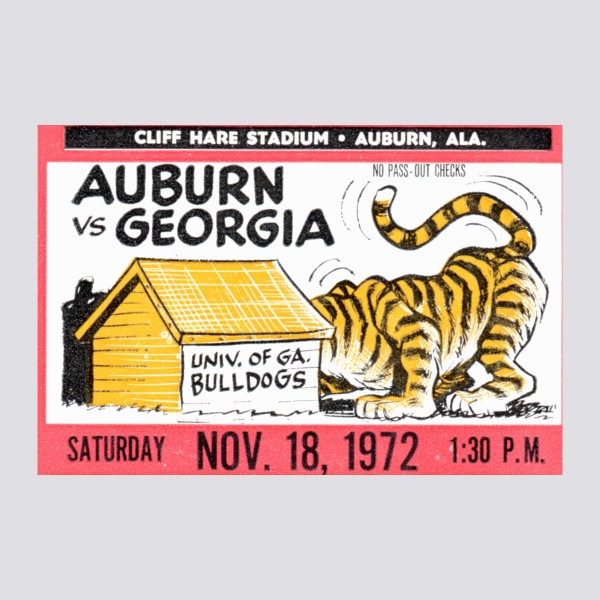 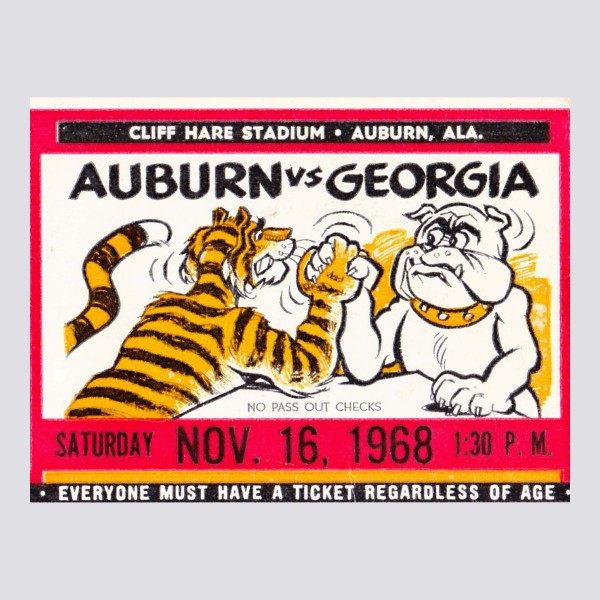