The Harvard–Yale football rivalry is renewed annually with The Game, an American college football contest between the Harvard Crimson football team of Harvard University and the Yale Bulldogs football team of Yale University. The contest concludes the season for both programs, the winner does not take possession of a physical prize, and the respective Yale residential college football teams compete against “sister” Harvard house teams the day before. The Game is third among most-played NCAA Division I football rivalries.

“Harvard and Yale generally duke it out in the academic arena”, but geographic proximity, the history of Yale’s founding and social competition between the respective student and alumni bodies animate the athletic rivalry. Competition for undergraduate matriculants helps sustain the rivalry.

Harvard football head coach Joe Restic, who held position for 23 seasons, quipped regarding his relationship with retired Yale football head coach and National Football Foundation/College Football Hall of Fame member Carm Cozza, who held position for 32 seasons: “Each year, we’re friends for 364 days and rivals for one.” The athletic rivalry is historically the second in American intercollegiate athletics, with Rutgers vs Princeton being the first, having played the first ever college football game.

The signature Harvard fight song, “Ten Thousand Men of Harvard”, names Yale in the famous final stanza. The song is sung in the Harvard football locker room after a victory regardless of the opponent. The song is among six Harvard fight songs that mention Yale. “Down the Field” is Yale’s signature fight song and Harvard is the named foe. The song is among five that mention Harvard. Two of the songs, “Bingo, That’s the Lingo” and “Goodnight, Harvard”, have been sung substituting Princeton for Harvard when appropriate.

The football rivalry is among the most admired rivalries on the American athletic scene. The schools and the rivalry established the template for American college football. The Game is the most prominent athletic contest between the schools and has accounted for many of either rival’s best-publicized athletic feats. Sports Illustrated (College Edition) rated the athletic rivalry sixth-best among American athletic collegiate rivalries behind, in order, Alabama - Auburn, Duke–North Carolina, UCLA–USC, Army-Navy and Cal–Stanford.

The Crimson and Bulldogs may not have played the first-ever college football game, but both schools had hands in how the game developed into what we have today. The late-November meeting between the schools is a history lesson wrapped in a high-class tailgate party. Harvard and Yale no longer compete at college football’s highest level, but they remain forever linked to the sport’s earliest days.

To witness Harvard-Yale is to go back to another time—before multibillion dollar media rights deals and flashy uniforms.

Ivy League or not, “The Game” is one of college football’s best rivalries for historical significance. Harvard “beats” Yale 29-29 remains one of the best game-day stories in the sport’s history.

Vintage Designs For Harvard vs Yale 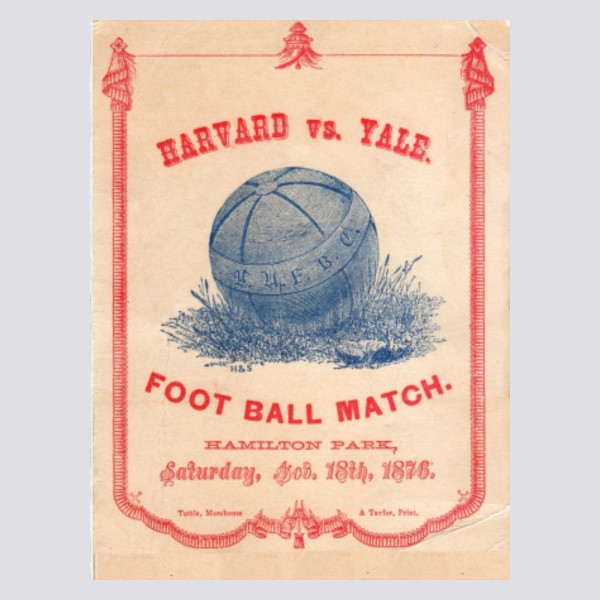 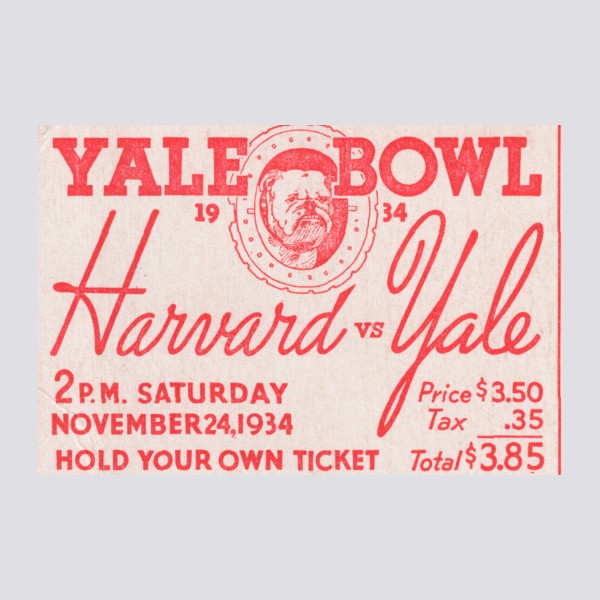