The Michigan State–Michigan football rivalry is an American college football rivalry between the Michigan State University Spartans and the University of Michigan Wolverines. Since 1953, the winner of each year’s game has received the Paul Bunyan Trophy. The teams first played in 1898 and have met almost every year since 1910 (exceptions in 1943 and 1944). 44 of the first 50 games were played in Ann Arbor, partially skewing the overall series record, but since then, U of M and MSU have played 30 home games against each other. The competition became a conference rivalry with Michigan State’s entrance into the Big Ten Conference in 1950. 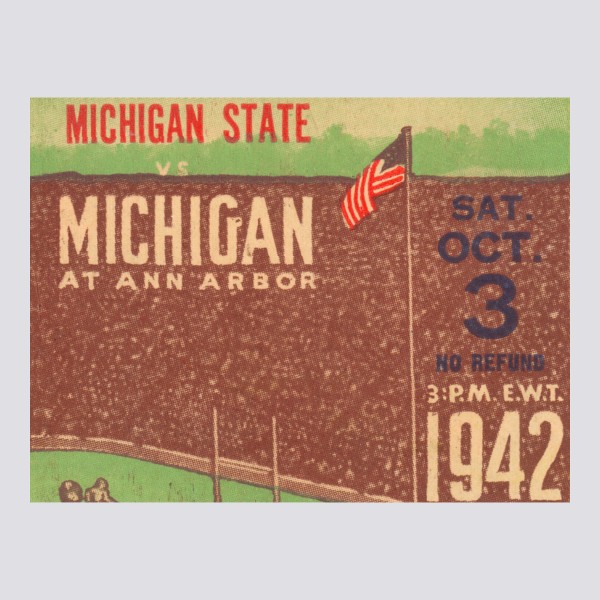 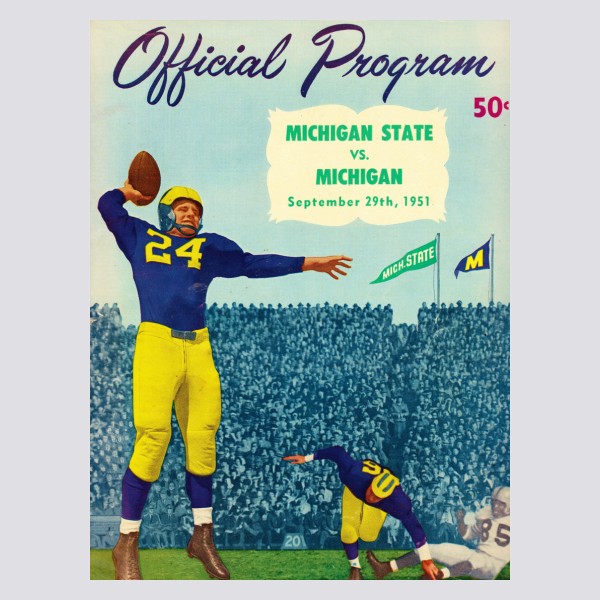