The Nebraska–Oklahoma football rivalry was an American college football rivalry between the Nebraska Cornhuskers football team of the University of Nebraska and Oklahoma Sooners football team of the University of Oklahoma. The rivalry continued in the Big 12 Conference until 2010, though the rivalry was more prominent when both teams were members of the former Big Eight Conference before 1996. The annual rivalry effectively ended when Oklahoma was lined up in the Southern division of the newly formed Big 12 to maintain its rivalry with Texas and also its recruiting hotbeds in Texas. As both teams won their respective divisions in 2010, they met in the 2010 Big 12 Championship Game. Following the 2010 season, Nebraska left the Big 12 for the Big Ten Conference. As a result, the 2009 meeting turned out to be the last regular-season scheduled meeting. Nebraska’s departure left the future of the rivalry in doubt. The two teams have agreed to play a home-and-home non-conference series scheduled for 2021 in Norman (to celebrate the 50th anniversary of the 1971 “Game of the Century”) and 2022 in Lincoln.

The 1923 game, only the fifth time these teams met, was the first game played in Memorial Stadium in Lincoln, Nebraska.

These teams have been involved in several historic match-ups, such as the Game of the Century, where the teams came into the game ranked one and two in the Associated Press Poll, often making these games of great importance in deciding the national championship. Historically, the rivalry’s most distinguishing quality had been the grudging respect and appreciation between the two tradition-rich programs. Also of note is the game’s former status as the premier Thanksgiving Day game for the middle of the country.

The 1959 meeting between these teams is often considered Nebraska’s biggest upset ever. On that day, unranked Nebraska defeated #19 Oklahoma 25–21 in Lincoln, ending Oklahoma’s 74-game conference win streak and their 16-game win streak over Nebraska.

Vintage Designs For Nebraska vs Oklahoma 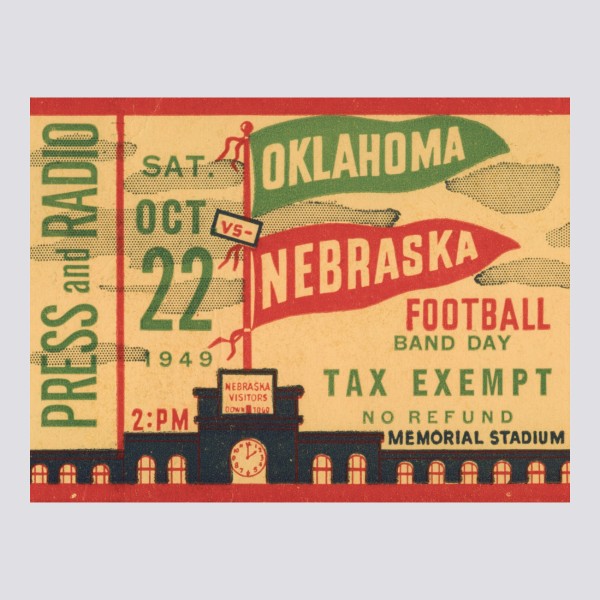 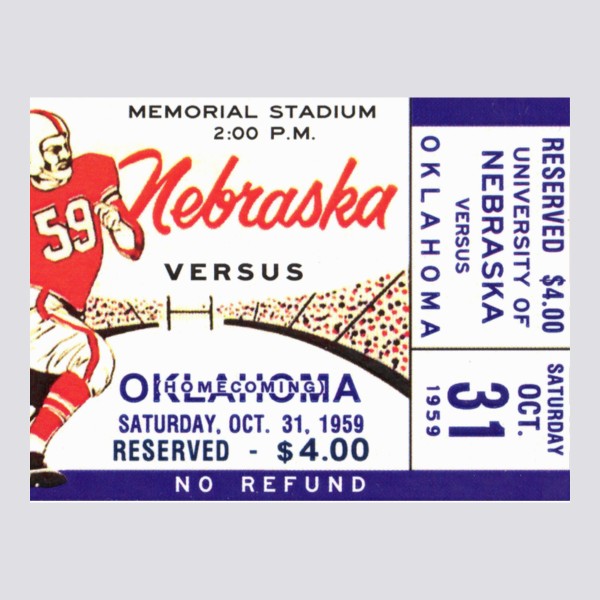