The Red River Showdown, commonly called the Red River Rivalry, the Red River Classic, or the Red River Shootout, is the Oklahoma-Texas football rivalry. It is an American college football rivalry game played annually at the Cotton Bowl stadium in Dallas, Texas during the State Fair of Texas in October. The participants are the Oklahoma Sooners football team of the University of Oklahoma and the Texas Longhorns football team of the University of Texas at Austin. The game is played the week following the State Fair Classic featuring Prairie View A&M University and Grambling State University. The series is one of the major rivalries in NCAA football and in all of American sports. The name is derived from the Red River that forms part of the boundary between Texas and Oklahoma that has in the past caused conflict between the two states, most notably the 1931 Red River Bridge War.

There are three Red River Showdown trophies exchanged based on the outcome of the game. The best known of these is the Golden Hat, which is a gold ten-gallon hat, formerly of bronze. The trophy is kept by the winning school’s athletic department until the next year. A newer trophy, the Red River Rivalry trophy, has been exchanged between the two student governments since 2003. The governor of Texas and governor of Oklahoma also exchange the Governors’ trophy and frequently place a bet on the game such as the losing governor having to present a side of beef to the winning governor, often donated to charity.

Another annual tradition is the running of game balls by the schools’ Reserve Officers’ Training Corps programs. Each school’s ROTC program uses a relay running system to run one game ball all the way from their respective campus to Dallas. Once there, they participate against each other in a football scrimmage, with the winner taking home a rivalry trophy and bragging rights. For both teams, the rivalry is bitterly emotional and territorial in nature relating to the two states’ proximity, past border disputes and economic and cultural differences.

One of the most unique characteristics about the Cotton Bowl in Dallas is both locker rooms empty into a common corridor, so that players take the field through the same tunnel. On more than one occasion, as Texas and Oklahoma have prepared to charge onto the hallowed stadium’s turf, they have encountered each other in a highly charged, emotional moment that could have ignited an inferno. Instead, they decided to enjoin the fight on the gridiron, in front of 95,000-plus fans divided evenly into crimson and burnt orange enclaves. Rarely has the flame from the ensuing collision failed to heat the passions of all in attendance. While the Texas State Fair rollicks on around them, and vendors offer to fry anything that doesn’t move — and some things that do — the Longhorns and Sooners offer a mid-season football feast that dates back to 1900, when Oklahoma wasn’t even a state and Texas was just beginning to tap into the huge oil reserves deep below its surface. The neighbors harbor a significant dislike for each other, and tempers have boiled over many times on nights before the game. It doesn’t help that many OU grads now live in Texas, lured south by jobs in the petroleum industry. And plenty of Lone Star football talent has headed north to Norman, especially when Barry Switzer was pillaging the state’s top programs for all-stars. 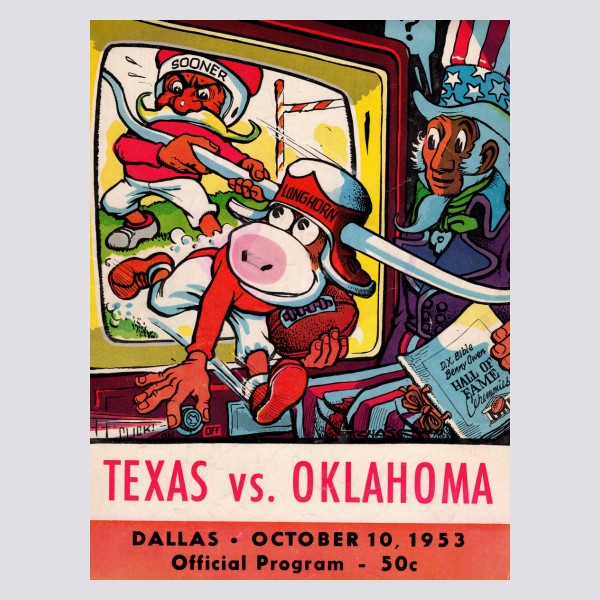 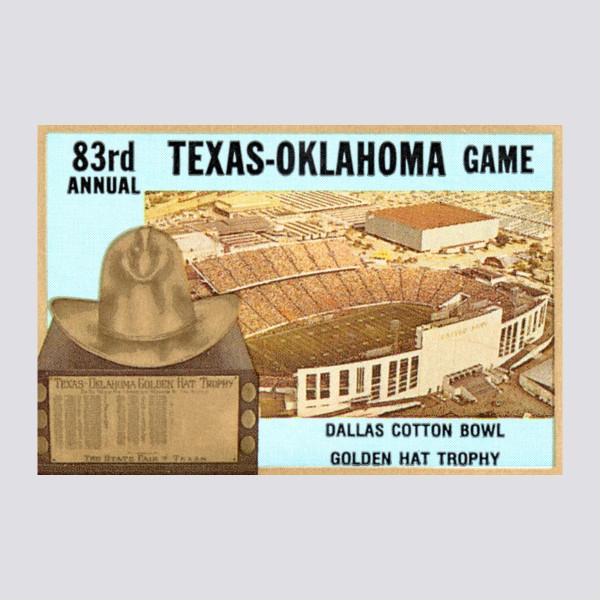