The Big Game is the name given to the Cal–Stanford football rivalry. It is an American college football rivalry game played by the California Golden Bears football team of the University of California, Berkeley and the Stanford Cardinal football team of Stanford University. First played in 1892, it is one of the oldest college rivalries in the United States. The game is typically played in late November or early December, and its location alternates between the two universities every year. In even-numbered years, the game is played at Berkeley, while in odd-numbered years it is played at Stanford.

To some, The Big Game is the province of the wine-and-cheese crowd, and the schools’ NoCal addresses reinforce that. But there can be no denying that these schools thirst to defeat each other. It’s a classic battle of private (Stanford) against public (Cal), and bragging rights go well beyond which side brings the best pinot to the pre-game party.

The Big Game is the oldest college football rivalry in the West. While an undergraduate at Stanford, future U.S. President Herbert Hoover was the student manager of both the baseball and football teams. He helped organize the inaugural Big Game, along with his friend Cal manager Herbert Lang. Only 10,000 tickets were printed for the game but 20,000 people showed up. Hoover and Lang scrambled to find pots, bowls and any other available receptacles to collect the admission fees.

In 1898, Berkeley alumnus and San Francisco Mayor James D. Phelan purchased a casting of Douglas Tilden’s The Football Players bronze sculpture and offered it as a prize to the school that could win the football game two years in a row. Berkeley responded by shutting Stanford out in 1898 and 1899, and the sculpture was installed on the Berkeley campus atop a stone pedestal engraved with the names of the players and the donor during a dedication ceremony held May 12, 1900.

The term “Big Game” was first used in 1900, when it was played on Thanksgiving Day in San Francisco.

There’s only one thing you really need to know about “The Big Game” between Cal and Stanford. That’s “The Play” from 1982.

In truly one of the most miraculous finishes ever in a college football game, Cal lateraled the ball five times on a Stanford squib kick and returned it for a touchdown to win 25-20. (Stanford fans probably still say Dwight Garner’s knee was down.)

Vintage Designs For The Big Game 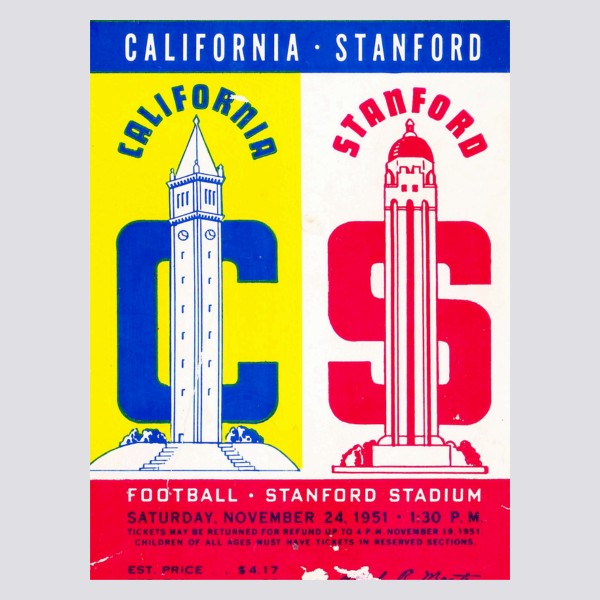 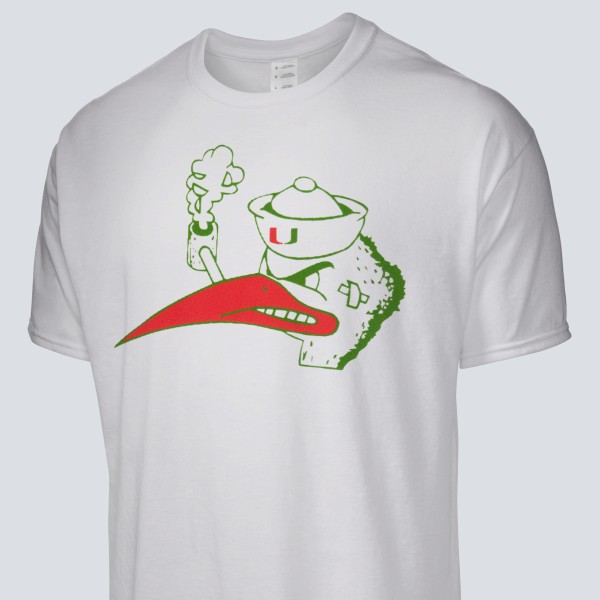