The Florida–Georgia football rivalry is an American college football rivalry game played annually by the University of Florida Gators and the University of Georgia Bulldogs. The game was first played in 1915, and has been played every season since 1926, except for a war-time interruption in 1943. This match-up between Southeastern Conference opponents is one of the most prominent rivalry games in college football, and has been held in Jacksonville, Florida since 1933, with only two exceptions, making it one of the few remaining neutral-site rivalries in college football. The game attracts huge crowds to Jacksonville, and the associated tailgating and other events earned it the nickname of the “World’s Largest Outdoor Cocktail Party”, although that name is no longer used officially.

This high-intensity rivalry has gone through several periods in which one team has been dominant for a decade or more. Georgia dominated the early rivalry, while Florida held an advantage in the 1950s and 1960s. Georgia won most of the games in the 1970s and 80s under coach Vince Dooley, and Florida dominated the 1990s and 2000s, mostly under coach Steve Spurrier. The years since 2010 (inclusive) have been unusually even, with Georgia holding a 5-4 edge in the decade as of the 2018 contest.

The World’s Largest Outdoor Cocktail Party is perhaps the longest name for a rivalry game, but the matchup between the Gators and the Bulldogs never fails to be a great game. The shear size of tailgate is enough to know how much this game means to fans of both schools.

The festivities begin at “The World’s Largest Outdoor Cocktail Party” around Tuesday, when the big boats start cruising up the St. John’s River in Jacksonville. By game time, everybody is in a festive mood – except the players. The Bulldogs and Gators have engaged in some classics over the years, from Georgia’s thrilling comeback in 1980 to Florida’s soggy 1993 triumph.

What’s more special about this rivalry? These two programs can’t even agree on how many times they’ve actually played. Florida claims the two have met 96 times while the Bulldogs have 97* outcomes in the record books. The Gators claim the 52-0 loss in 1904 doesn’t count because they had not yet technically started playing football yet. 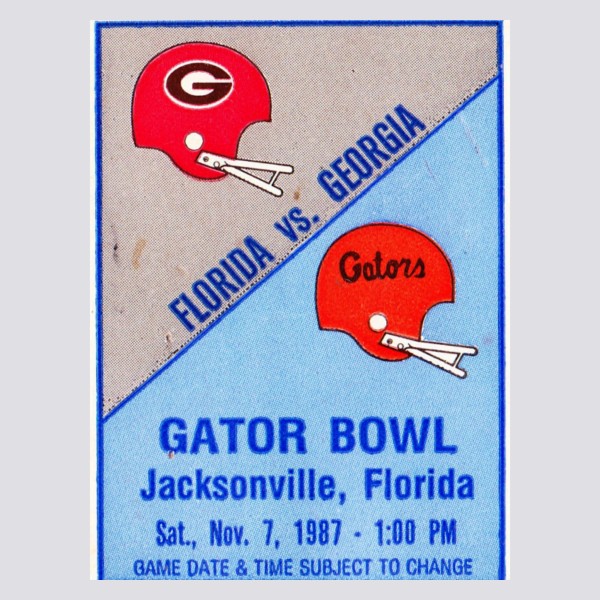 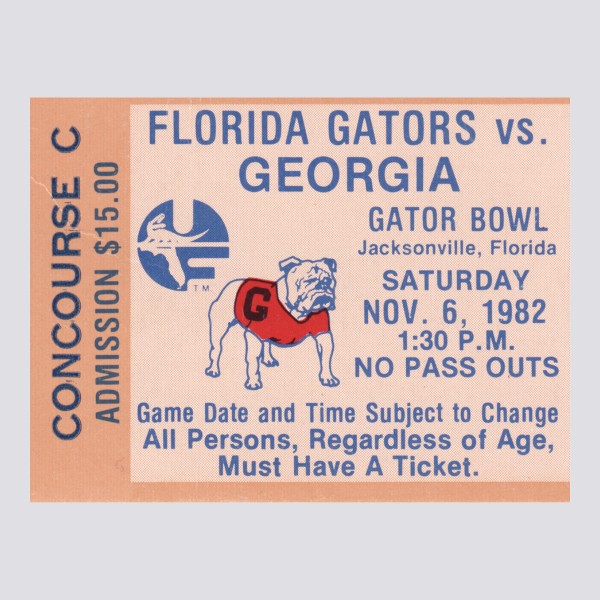