The Texas Longhorns football program is the intercollegiate team representing the University of Texas at Austin (variously Texas or UT) in the sport of American football. The Longhorns compete in the NCAA Division I Football Bowl Subdivision (formerly Division I-A) as a member of the Big 12 Conference. The team is coached by Tom Herman since 2017, and home games are played at Darrell K Royal–Texas Memorial Stadium in Austin, Texas.

Beginning in 1893, the Texas Longhorns football program is one of the most highly regarded and historic programs of all time. From 1937 to 1946 the team was led by Hall of Fame coach Dana X. Bible, and then from 1957 to 1976 the team was led by Hall of Fame coach Darrell K Royal, who won three national championships. The first championship was in 1963 and the second was in 1969. In 2012, the football program was valued at $805 million, more than the calculated value of several NFL teams. In 2008, ESPN ranked Texas as the seventh-most prestigious college football program since 1936. As of the end of the 2018 season, Texas’ all-time record is 908–370–33 (.705), which ranks as the second-most wins in NCAA Division I FBS history. Texas is known for their post-season appearances, ranking second in number of bowl game appearances (55), fourth in bowl game victories (29), most Southwest Conference football championships (27), and most Cotton Bowl Classic appearances and victories. Other NCAA records include 108 winning seasons out of 122 total seasons, 24 seasons with 10 or more wins, 9 undefeated seasons, and 26 seasons with at most one loss or tie. From 1936 to 2012, the Longhorns football teams have been in the AP or coaches’ rankings 66 out of 76 seasons (86.8% of the time), finishing those seasons ranked in the top twenty-five 48 times and the top ten 28 times. Texas claims four Division I-A national championships (1963, 1969, 1970 and 2005) and 32 conference championships (3 Big 12 Conference, 27 Southwest Conference, and 2 Texas Intercollegiate Athletic Association).

A total of 129 (53 consensus and 22 unanimous) Texas players have been named to College Football All-America Teams, while two Longhorn players, Earl Campbell (1977) and Ricky Williams (1998), have won the Heisman Trophy, college football’s most prestigious individual honor. Seventeen Longhorns have been inducted into the College Football Hall of Fame, while four are enshrined in the Pro Football Hall of Fame. 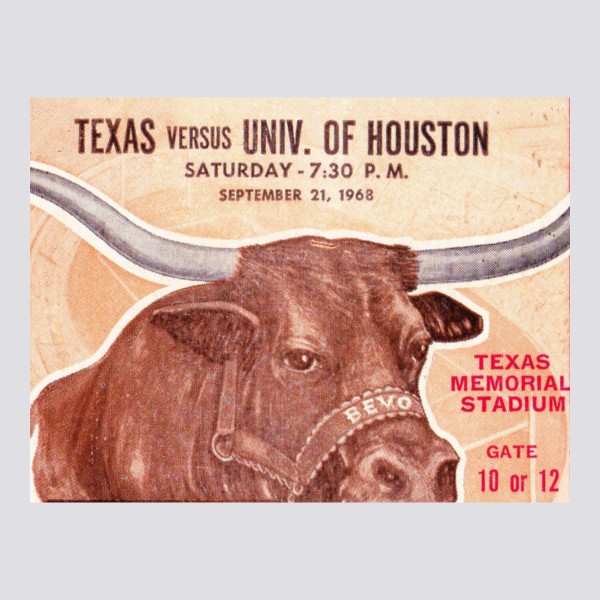 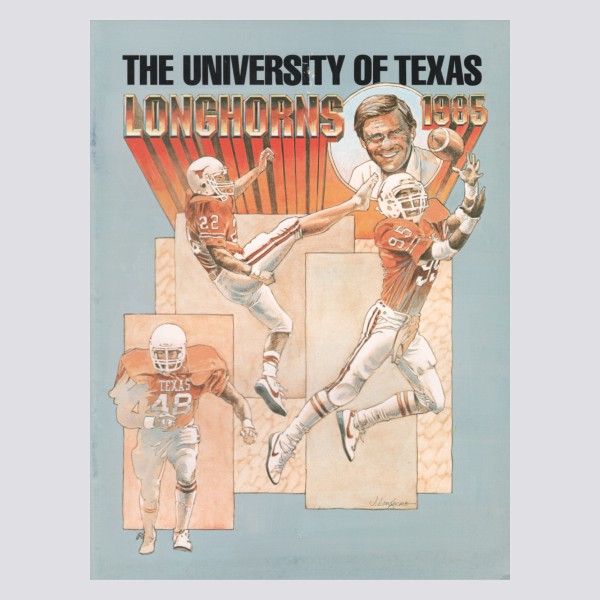